Park Hang-seo meditating at the airpoint heading to Bangkok

Park Hang-seo and U23 Vietnam is moving Bangkok to prepare for the last match with North Korea.

U23 Vietnam was back to training yesterday morning to prepare for the match with North Korea. Right after the training session, Park and U23 Vietnam leaves for Bangkok- where the last match takes place. At the airport, Park looked thoughtful, contemplative after Vietnam draws in two matches and facing the disqualification.

Meanwhile, the players were quite comfortable and showed no signs of tension or sadness after the draw against Jordan U23. All are determined to defeat North Korea U23 .

After two matches, U23 Vietnam is temporarily ranked in third place with 2 points.  Park and his players were forced to win against North Korea U23 and wait for the results of the remaining match between U23 UAE and U23 Jordan to determine their fate in this tournament.

As for U23 North Korea, after 2 losses, East Asia team was definitely eliminated. However, in the match against U23 Vietnam, coach Ri Yu-il said that he would be determined to defeat the opponent so he could not return empty-handed. "We have been eliminated, the pressure is no longer a problem. U23 North Korea will try its best, and have the best preparation for the match against U23 Vietnam. We want to beat U23 Vietnam so that we cannot leaving empty handed "- U23 coach of Korea share.

In Bangkok, U23 Vietnam will have one more training session to prepare for the match against the DPRK U23. This match will take place at 8:15 pm on January 16 at the Rajamangala Stadium. 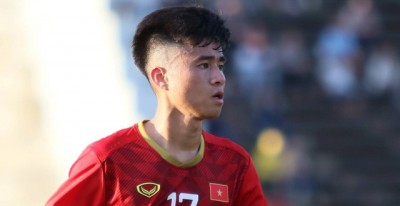